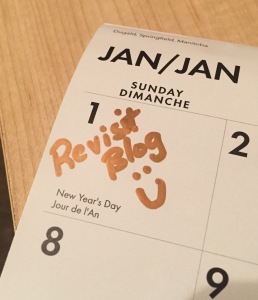 I began this blog by naming it based on my intentions of what I would be posting. The word “wanton” (not to be confused with “wonton” of the Chinese soup and deep fried variety) has three different meanings.

It was my intention for this to be a place where I could frolic with words playfully and flirtatiously. I intended to be here at least several times a week, not just a handful of times per year. I didn’t want each post to take hours to write; rather it would be a place to spontaneously spurt out what might be on my mind at any given moment. Like a kitten walking along a sidewalk that spots a leaf and decides to pounce on it, throws itself on its back, tosses the leaf in the air, then struts off down the sidewalk again with nary a furtive glance back. Yes, that is what I desired to do here, with words.

As I opened the calendar today to the first day of the first month of a new year, I had a surging feeling of renewal. I began to reflect on what my goals were for the coming year. I became possessed by a sense of urgency to return to writing here; writing the way I initially intended to. So here I am with no idea of what might be to come in the days ahead, but ready to write come what may.

Happy New Year! Love and light to all – may you too be blessed with an urge to write, renew, revisit, frolic or pounce.

7 thoughts on “Wanting to be Wanton”

My Tweets
Journey Into A
Shatter the stigma

Finding Rainbows In The Dark
Life on the Stripy Side